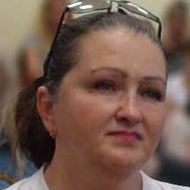 14:00 Alexander Zvonkin (LaBRI, University of Bordeaux)
Title: Construction of regular maps from their small quotients
Abstract: Every bicolored map may be represented by a triple of permutations (x,y,z) acting on the set E of edges and such that xyz=1. Here the cycles of x are black vertices, the cycles of y are white vertices, and the cycles of z are faces. To every map one can associate two groups: the monodromy group G=<x,y,z>, and the automorphism group H. A map is called regular if these two groups are isomorphic. In this case the set E of edges can be identified with the group, and this group acts on itself by multiplications. Thus, a construction of a regular map, even a large one, may be reduced to a construction of a group with desired properties, and this group may be constructed as a monodromy group of another map, often much smaller.As an example of special interest we will consider Hurwitz maps. In 1893, Hurwitz proved that for a map of genus g>1 the order of its automorphism group is bounded by 84(g-1). Hurwitz maps are interesting not only because they are very symmetric but also because they are very rare. Marston Conder (Aucland) classified all regular maps of genus from 2 to 101. Their number is more than 19 thousand, and only seven of them are Hurwitz.This is a joint work with Gareth Jones (Southampton).

16:00 Dimitri Zvonkine (CNRS)
Title: The locus of curves with abelian differentials and Witten's r-spin class
Abstract: In the moduli space of genus g curves with n marked points we consider the locus of curves carrying a holomorphic differential with zeros of prescribed orders at the marked points. Our goal is to find the Poincaré dual cohomology class of this locus. At present this problem is not fully solved, but there is a conjecture relating the cohomology class in question to Witten's r-spin class and an approach that is likely to lead to a full proof.

17:00 Maxim Kazarian (HSE)
Title: Quasirationality of weighted Hurwitz numbers
Abstract: The so called weighted Hurwitz numbers form a family that includes, for particular parameter values, various kinds of Hurwitz numbers such that usual ones, monotone, r-spin numbers, numbers of dessins d’enfants and Bousquet-Mélou–Schaeffer numbers. Besides, all these numbers include both simple versions as well as orbifold or double versions. These numbers are collected into generating series called n-point correlator functions. It turns out that these functions become rational after a suitable change of coordinates implied by the equation of spectral curve. This fact implies that each n-point function can be computed explicitly in a closed form. The goal of the talk is to explain the precise meaning of these assertions.