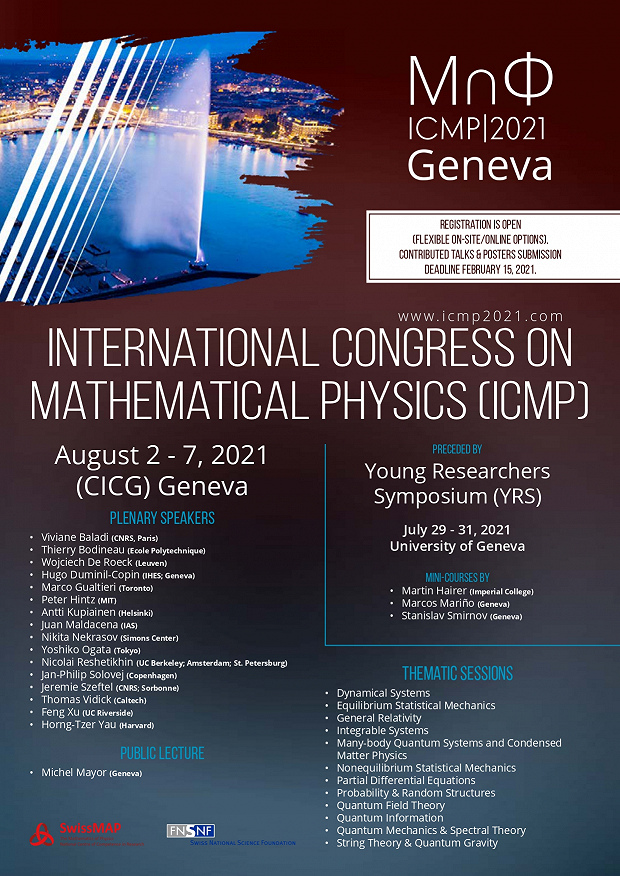 It is our pleasure to inform you that registration for the International Congress on Mathematical Physics (ICMP Geneva, 2-7 August 2021) is now open.

Due to the uncertainty related to the COVID 19 pandemic, we are currently planning to hold ICMP in physical presence and also to stream talks for participants that are unable to travel to Geneva. This is reflected in the flexible registration options (one for full on-site participation, one for remote participation, with a reduced fee and with the possibility to switch from one to the other).

We would be very grateful if you could promote the Congress amongst your students and network. We hope that you will be able to participate and contribute to the success of this XX International Congress on Mathematical Physics which will be a major event, where new results and future challenges will be discussed, illustrating the richness and vitality of Mathematical Physics.

Chairs of the Local Organizing Committee

Andrey Losev:  WELCOME TO THE PROGRAM
INTRODUCTION TO B-THEORY

I.  Therefore, I am starting a mathematical physics program “Introduction to B-theory”

(see section II). I will start with description of what is going to happen.

I am not that crazy to think that anyone in Western Europe may join the lecture at 8am, but someone can join the 40 min seminar at 9:40 after looking through presentation of the talk that would be available before the talk.

The Zoom link for lectures is

The registration for these seminars is done by Euler International Mathematics Institute (St.Petersburg, Russia)  https://pdmi.ras.ru/EIMI/ , address for registration

Registered participants would get the zoom link.

If for some reason you do not want to register, or have a registration problems, just write to aslosev2@yandex.ru.

3.   Seminars on Fridays  mostly for Americans who would like to join the program but cannot do it because of time difference and for Europeans that would like to participate but prefer evenings. These seminars would repeat Thursdays seminars. They would be held at (3-5:20 am Beijing time, 10pm-12:20 pm Moscow, 8pm-10:20 pm Paris, 2pm-4:20pm East Coast,  11am-1:20pm at West Coast) 40 min+10 min break+40 min+10 min break+40 min ( again, first 40 min would basically repeat last 40 min for convenience of visitors).

The registration for these seminars is also done by Euler International Mathematics Institute (St.Petersburg, Russia)  https://pdmi.ras.ru/EIMI/ , address for registration

Registered participants would get the zoom link.

If for some reason you do not want to register, or have a registration problems, just write to aslosev2@yandex.ru.

4.   Videos of talks, both seminars and ppt of the coming talk would be available,

in particular, on the site of EIMI.

5.    Later we can add complementary talks and seminars on details of particular subjects for people interested in such details.

Therefore, the core course would consist of 25 talks + many seminars. We plan to unify scientist and students from different countries interested in this piece of mathematical physics.

The aim of this course is to give a detailed introduction to B-theory that I hope may be considered as a competitor to superstring theory at least in the soft particle scattering.

All that started when Witten introduced A and B topological strings. Later, in a paper “Chern-Simons as a string theory” he briefly outlined that probably we should develop not the string theories we used to study but some kind of universal string theory. Theories studied before should be considered just as realizations of the universal theory. He also pointed out that it should be a CS-like theory.

This was developed in the prominent work of Bershadsky, Cecotti, Ooguri and Vafa (BCOV) who studied the field theory corresponding to type B topological string theory. They also showed that their theory can reproduce subsector of superstring theory. However, their treatment was restricted to compact Calabi-Yau case and did not include so-called gravitational descendants. They also did not mean that they can approach the full string theory this way.

The next step was done by Berkovits who proposed the pure spinor string theory that did not contain super ghosts of the worldsheet supersymmetry but can reproduce the tree-level, one-loop and two-loop amplitudes of the superstring in 15 pages compared to 150 page calculation of preceding superstring approach. He also proposed a pure spinor particle in eleven dimensions whose polarizations correspond to linearized theory of 11-dimensional supergravity.

The recent crucial step was done by Costello and Li who included gravitational descendants into BCOV approach together with making drastic changes in the structure of BCOV action, studied open strings sector and holography, and related it to what they called twist of supergravity by considering the background with superghost condensation.

I think that understanding of Berkovits string theory as a version of B-type topological string and joining tools of these two approaches may lead to a theory that could compete with standard superstring theory.

Since this theory came from B-topological strings,  was developed by BCOV and Berkovits and does not have a common name, I propose to call it B-theory.

In this course I will begin with Dirac-Segal axioms of QFT and TQFT (and derive from it Witten’s proposal of universal string theory). Then I will discuss in detail different one-dimensional examples, traditional(with b-c ghosts)  and so-called topological of A and B type.

I will explain  BV treatment of quantum field theory that seems to be the proper language when we talk about B-theory. I will also argue that BV theory seems to follow from the tau-theory that unifies space-time and fields.

I will apply this language to the homotopical transfer in homological algebra and come out with infinity-structures and their quantum generalizations. I will show that application of the same construction to traditional representation leads to standard definition of amplitudes in Quantum Field Theory.

Meanwhile, I will present  instantonic theories of Frenkel, Losev and Nekrasov that are universal A-models. I will also discuss AKSZ formalism and universal B-models.

I will derive the simplest mirror transformation from the A to B model in dimension 2.

I will discuss gravitational descendants, how they arise in B-model and discuss how to incorporate them into action starting from Losev-Shadrin and ending with Costello-Li.

Then I will move to supersymmetry and discuss pure spinor derivation of SYM from CS-like action. It would also lead to explanation of the SUSY in d=10 SYM, that is the infinity-realization of SUSY and why before it was called on-shell closure.

I will openly discuss results and problems in treatment of pure spinor (Berkovits) superparticle and strings, and how the superghost backgrounds like that of Nekrasov and Costello-Li may save the day. I consider this topic as not completed and I will invite everybody for collaboration.

I will outline Berkovits  string theory, its advantages and open problems, and discuss what may happen if we put it in the superghost background.

I would conclude by attempt to joint the ideas of generalized BCOV theory in the sense of Costello-Li and Berkovits string theory. I strongly believe that joining these two B can lead to a B-theory that may try to compete with superstring theory at least in description of soft particle scattering. At the end we will discuss open problems of the B-theory.

Let me remark that even if this attempt of construction of the B-theory would fail, those who would attend the course would get quite a lot of useful information that may help them in their studies in mathematical physics.

WELCOME TO THE PROGRAM, 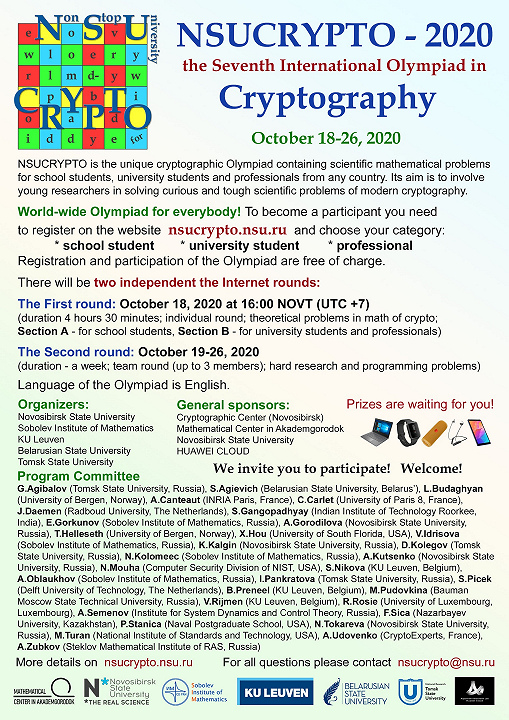 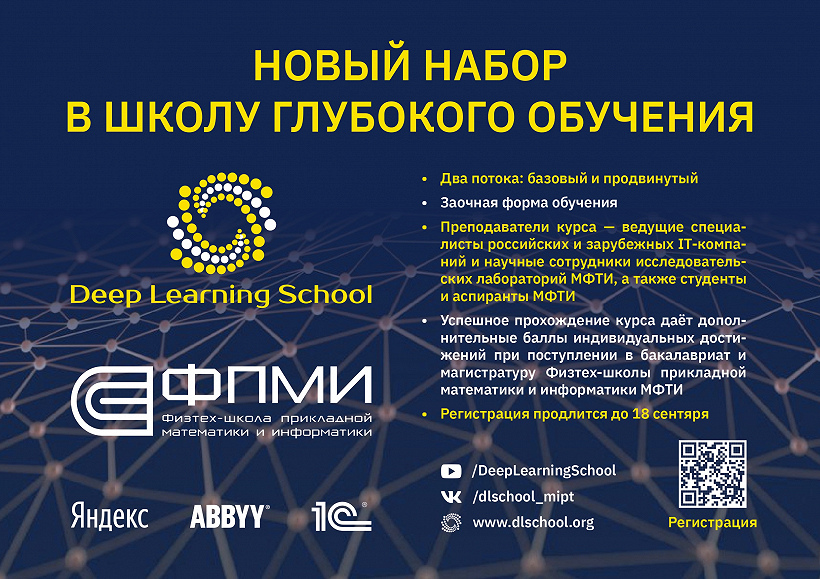 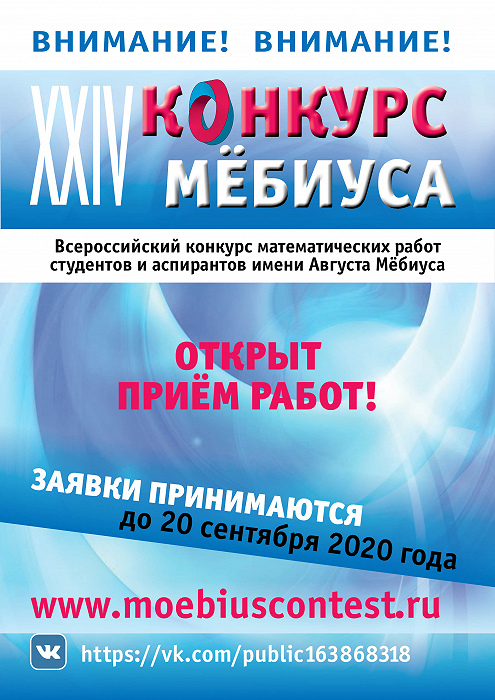 Embassy of Switzerland in the Russian Federation

The Free State of Bavaria invites applications for its one-year scholarship program for students from Central, Eastern and Southeastern Europe for the academic year 2021/22 via BAYHOST. Graduates from Bulgaria, Croatia, the Czech Republic, Hungary, Poland, Romania, Russia, Serbia, Slovakia and Ukraine are eligible to apply.

The scholarships are meant to finance postgraduate studies (i.e. master’s programs) and PhDs at Bavarian higher education institutions. Annual scholarships can be extended twice for up to 3 years; the scholarship amounts 853,-€ per month. One-year study sojourns in Bavaria as part of a PhD in the home country can also be funded.

Further information can be found on the BAYHOST website.

The application deadline for first time applications is the 1st December 2020 (date of receipt!).

If you have further questions or comments, please do not hesitate to contact us.

we are pleased to inform you about the forthcoming online International Workshop “Differential Equations and Interdisciplinary Investigations” organized by RUDN University, Moscow, Russia, August 19-21, 2020.

The aim of the event is a presentation of the current state of applied mathematics and interdisciplinary research for young researchers, graduate students, masters, bachelors. Leading scientists will give courses of lectures in a number of modern mathematical areas and their applications.

We will be glad to see among our participants your graduate students, masters, bachelors and young researchers.

Registration is open. There is no registration fee. To participate in the event one should register for a conference here:

Advertisement for PhD student in mathematical models for the brain (Koorn, P.M.)
The department of Neurosurgery at the Elisabeth-TweeSteden Ziekenhuis (ETZ, Tilburg) has a vacancy for a PhD student to develop mathematical models of brain networks, 36 hours a week, starting October 2020. This is a joint position in which Eindhoven University of Technology participates through Remco van der Hofstad and Luc Florack, where the position will focus on mathematical models for the brain in relation to fMRI data, using differential geometry and network theory, before and after neurosurgery. The details of this advertisement can be found on Academic Transfer, through the link

PhD position Twente University (c.stegehuis@utwente.nl)
Twente University has a vacancy for a PhD student to develop mathematical models for 5G Internet networks and their energy supply using random graphs and multilayer networks. The vacancy is on an interdisciplinary project with two other PhD students from Computer Science and Electrical Engineering, which focuses on reducing the energy footprint of the Internet network.
The vacancy can be found at
https://www.utwente.nl/en/organisation/careers/!/1214070/3-phd-students-on-energy-efficient-and-resilient-internet-eeri

For more details, you can contact Clara Stegehuis, c.stegehuis@utwente.nl 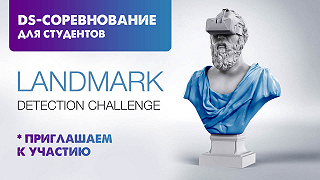 27.05.2020 запустилось DS-соревнование от NewTechAudit, привлекаем студентов по всей России
PhD student recruitment (Ergodic Theory+Dynamical Systems, Warwick)
Dear Friends,
I am interested in recruiting a PhD student to work with me at Warwick University in the general area of Ergodic theory and Dynamical Systems.  This may be supported by an ERC grant, and thus would be funded (subsistence, fees, etc.) for up to 4 years. If you know of any suitable candidates, then please ask them to contact me for more details.

There is also a post doctoral position (funded for 3 years) available.  If you know of any suitable candidates, then again please ask them to contact me for more details.

English version
The Labex MILYON https://milyon.universite-lyon.fr/labex-milyon-mathematics-and-theoretical-computer-science-125098.kjsp?RH=1580205127121&RF=EN-MILYON-9659410765 offers doctoral contracts in mathematics, computer science and their interactions (including some aspects of theoretical physics) for

The research takes place in one of its research units: