The Faculty of Mathematics: A Niche for Talented People Who Don't Want to Deal with Ideology

The first issue of The HSE Look in 2015 brings the Faculty of Mathematics into the spotlight. The Dean of the faculty, Professor Sergei Lando, talks about the life of the collective that he heads and about mathematical education in Russia then and now. 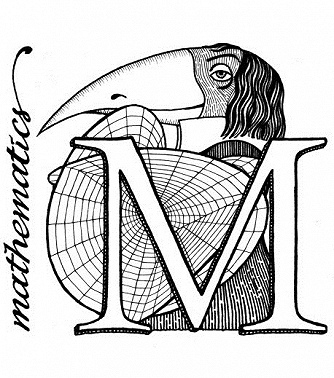 Russia is one of the world leaders in mathematics. Despite the fact that this status has been decreasing slightly since 1970s, we are still at quite a high level. One of the reasons why we reached such a level was that mathematics as a science does not carry any ideological burden. As a result, in the Soviet Union mathematics had the role of a social niche for talented people who didn’t want to deal with ideology. The state also was interested in giving its citizens a decent mathematical education because a large number of these citizens were supposed to be hired for work in the defense sectors of the Soviet Union.

During the Soviet era in Russia and in the former Soviet republics, a very well-developed system of in-depth mathematical education was formed, in schools and beyond. This system included school and university mathematical study groups, competitions, boarding schools under the auspices of the leading universities, even summer and winter mathematical camps. The uniqueness of this system was that it was decentralized and heterogeneous. Because of the involvement of numerous enthusiastic math teachers, every circle or study group had its own individual face. Luckily, this system turned out to be very viable and despite the challenges faced by science in the 1990s, parts of it survived and even thrived and developed because many limitations ceased to exist in the new Russia. The number of school graduates with a high level of mathematical training, and the level of this training itself, are far higher than the results seen in other countries.

The HSE administration initiated the Faculty of Mathematics in 2007. It was based on the grounds of the Independent University of Moscow at first – a small non-governmental institution founded during perestroika in 1991, one year prior to the formation of HSE. So the initial professorial body of our faculty consisted of nine academics, all of whom came from the Independent University. The people who joined later were invited based on the results of open, both national and international competition. Cooperation with the Independent University remains very tight – many of our instructors read lectures at both institutions and together we coordinate 'Maths in Moscow', a study programme that allows North American students to study maths in Moscow for a semester.

Today the Faculty of Mathematics has about 70 professors and 20 researchers who work in two labs. One is the Laboratory for Algebraic Geometry and its Applications headed by Fyodor Bogomolov (Professor at the Courant Institute, NYU) and the other is the International Laboratory of Representation Theory and Mathematical Physics headed by Roman Bezrukavnikov (also a Professor at MIT) and a prestigious Fields medal winner Andrey Okunkov (Professor of Columbia University, New York). About 50 master's students are enrolled in two study programmes in Mathematics (taught in English) and Mathematical Physics and there are about 25 graduate students. There are also more than 200 undergraduate students.

Last but not least, our small administrative department includes the editorial team of the Moscow Mathematical Journal. We started the journal in 2001 and soon afterwards it began to be indexed by international citation databases. According to a survey conducted by the Australian Mathematical Society in 2009, MMJ was the only Russian journal listed under category A (with only A+ being higher; no Russian journals were listed there).

Our results should be assessed by experts from the outside, not by me. But if you did ask me, I would name the following as our most significant achievements.

─ An established team of professors and researchers that bring together outstanding and mature scholars; their younger colleagues, mathematicians who already have displayed excellent results in international science; as well as promising younger colleagues and students.

─ Our ability to consistently attract strong students to our bachelor programmes. We attract those who strive to learn and make tremendous efforts to achieve that. The percentage of students who enroll and were not able to keep up is relatively small.

─ Active academic cooperation with the leading institutes of the Russian Academy of Sciences, such as the Steklov Mathematical Institute, the Kharkevich Institute for Information Transmission Problems and the Lebedev Institute of Physics.

─ The fact that our faculty is integrated into the global mathematical science world. Our professors come from Japan, Great Britain, Canada, France and many Russian colleagues hold PhDs from leading western universities like Harvard. Visiting colleagues from European, North American and Japanese Universities read lectures and hold seminars on our grounds almost every week. Our outgoing mobility is also quite well-developed. We take part in organizing international conferences and our academics give yearly hundreds of talks at a variety of conferences. Three of our scholars were invited to give a talk at the International Congress of Mathematicians in 2014, the highest level mathematical conference, held every four years.

─ We have an International Advisory Board that provides us with top quality academic expertise and evaluation of our work. Among the experts there are three holders of the Fields medal, including Pierre Deligne, a laureate of the Abel prize.

─ And, of course, the unique atmosphere of interaction between undergraduate and graduate students and their professors in a world saturated by mathematics.

What we still want to achieve is to bring our masters programmes to the level that has been achieved by our international bachelor programme and bring more international students in.

Our research is inseparable from the everyday educational process. There are regular research seminars functioning at the faculty all the time – it’s at these seminars where ideas are coined and discussed. These discussions and seminar work then lead to new results. Thus students inevitably get involved in research from their very first days at the university. Scientific discussions go far beyond curriculum activities and the hours scheduled for classes. Such fields as algebraic geometry, topology, mathematical physics, representation theory, complex geometry, dynamic systems theory and mathematical logics are all well represented at the faculty.

As for the education we offer, we are extremely competitive in teaching mathematics to Russian students – the level of the knowledge they acquire at our bachelor’s programme yields to none other university in the world. Our graduates are in demand by the best graduate schools all over the world, and oftentimes they prefer our graduate school over other tempting options. At the same time, being competitive internationally means that strong students from around the globe want to work with our faculty and are ready to pay for the education we offer. We are not quite there yet, but this is one of our objectives.

We try to maintain the atmosphere of mutual learning, informal interaction among everybody at the faculty - from professors to freshmen - with the primary aim of enhancing the quality of our knowledge. Yes, I mean that professors can learn things from freshmen; this is not a slip of the tongue! We also have our traditions. One such tradition is of professors and first year students getting together to drink tea. The goal is to identify where the adaptation process doesn’t run so smoothly and how it can be improved in the internal faculty life. Then we try to make things work better for the students; usually we succeed, sometimes we don’t. I would say that extra-curriculum activities also are a strong aspect of our faculty.

Sergei Lando is the Dean of the HSE Faculty of Mathematics. He graduated from Moscow State University where he later defended his thesis at the graduate school. In 2005 the Steklov Mathematical Institute of the Russian Academy of Sciences awarded Professor Lando the degree of Doctor of Sciences (an academic degree awarded in recognition of advanced research qualifications and sustained contribution to scientific knowledge). Professor Lando has worked as a researcher in quite a number of institutes in Perm, Pereslavl-Zalessky and Moscow, including the Institute for System Research of the Russian Academy of Sciences. As a mathematician his interests lie in the fields of algebraic geometry, theory of singularities, low dimensional topology, and combinatorics. Professor Lando is a member and a Vice-President of the Moscow Mathematical Society, a member of the American Mathematical Society and is a member of the Moscow Mathematical Journal editorial board. Free time is not something that Professor Lando has in abundance. He rests no more than ten days a year, but when he does, he escapes to Finland to do some canoeing on one of the country’s lakes.