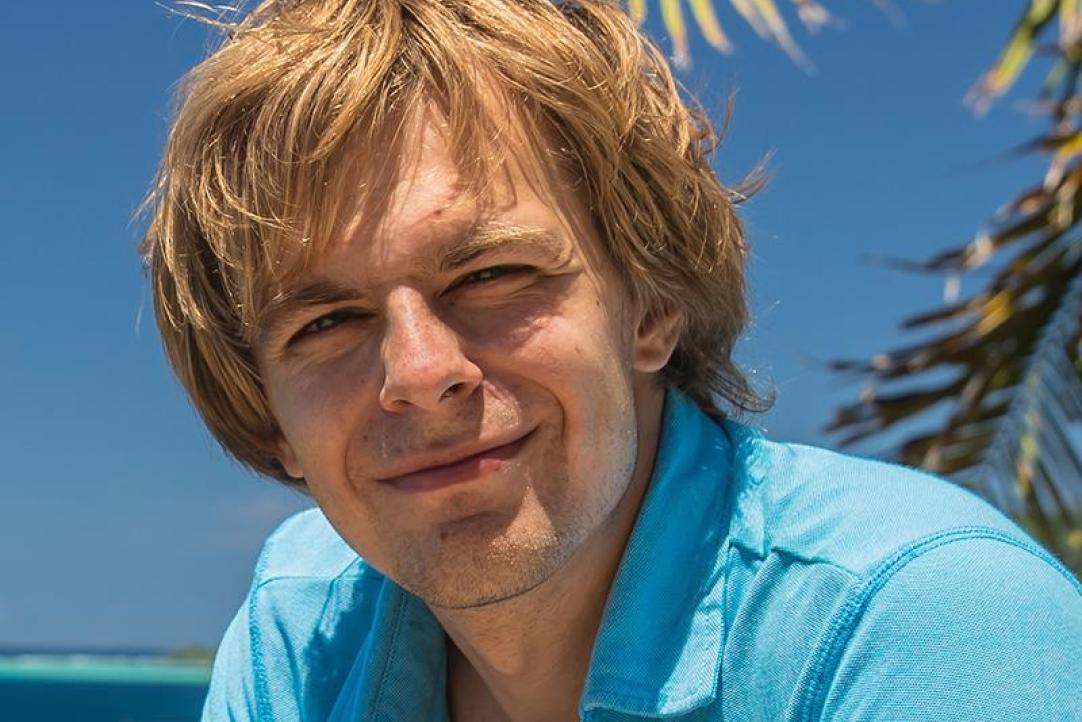 Alexey was born in Moscow in 1984. His parents are not mathematicians: his father Ivan Semenovich is a professor of legal studies, one of the leading Russian specialists in private international law and public commercial international law, his mother Yulia Ivanovna is an economist specializing in foreign trade.

At the age of 14 Alexey was admitted to one of the best high schools in Moscow, School No. 57, to a class majoring in mathematics. The core math courses in his class were taught by Rafail Gordin and Petr Sergeev. Among those who taught them advanced mathematics, were such top-level research mathematicians as Alexander Kuznetsov and Valentina Kirichenko. As early as in his school years, Alexey became interested in number theory; in particular, he thoroughly studied the famous textbook by Ireland and Rosen.

In 2000, during his ﬁnal high school year, Alexey was admitted to the Independent University of Moscow,and in 2001, after graduation from high school, to the Mechanics and Mathematics department of Moscow State University,together with most of his classmates. During the ﬁrst year of his undergraduate studies, he started doing his own research under the supervision of Professor Michael Tsfasman. Alexey’s ﬁrst research paper, “Brauer–– Siegel and T sfasman –– Vla du¸t  theorems for a l most normal extensions of global ﬁelds” was published when he was on the fourth year of his undergraduate studies. During all of his undergraduate and graduate years, Alexey continued working under the supervision of Michael Tsfasman,who had the most signiﬁcant inﬂuence on both the subjectmatter and the style of Alexey’s mathematical research.

At the present time young mathematicians rarely find a permanent academic job right after their Ph.D. thesis, usually spending several years as a postdoc before that. But this was not the case with Alexey: in 2009 he obtained an Assistant Professor position at the newly created Department of Mathematicsof Higher Schoolof Economics, in Moscow. For several years he was the youngest faculty member of this department, and certainly among the most active ones. He taught numerous courses, compulsory and elective ones,both at HSE andat the Independent University. He also organized numerous seminars and supervised several undergraduate students, who did their research in various areas, not onlyin number theory. For instance, one of HSE undergraduates, Dmitry Grischenko, published a paper on the mathematics of origami, written under Alexey’s supervision. Every year in 2011––13 Alexey obtained the HSE Award for Teaching Excellence, based on the results of student polls.

Alexey was a gifted administrator and organizer of various events. Among his main achievements in this area, let us mention the creation of a summer school “Algebra and Geometry” in Yaroslavl. This school was launched in 2011; since then, it is being held every year. It is aimed at senior undergraduate students and Ph.D. students; in a certain sense, this makes it a successor of the famous summer school “Contemporary Mathematics” in Dubna, aimed at senior high school students and ﬁrst-second year undergrads. Alexey also participated in the Dubna school, ﬁrst as a student and later as an instructor. Also in 2012––13 Alexey was the head of the Laboratory of algebraic geometry and its applications at the Higher School of Economics.

In 2014, at the age of less than 30 (again an exceptional case!), Alexey obtained a permanent professor position in France: more precisely, in the most remote part of it, at the University of French Polynesia, in Papeete, Tahiti. But, despite being physically present in the opposite point of the globe, he kept participating in the mathematical life in Moscow: he kept contacts with his Moscovite colleagues, supervised students and came to Russia every summer to participate in the Yaroslavl school. A couple of months before death, he was appointed head of GAATI (Algebraic Geometry and Applications to Information Theory) research group at his university.

Alexey’s interests were not at all limited to mathematics: he was a polymath, had a good knowledge of literature and music, ﬂuently spoke English and French, had a taste in wines and good cuisine, loved to travel (it seems that he had been nearly everywhere in the world, from the Himalayas to Kilimanjaro), practiced sports, especially rock climbing and diving…

On April 22, 2017, Alexey Zykin, his wife Tatiana Makarova and a diving instructor, Gilles Dem´ee, died while exploring an underwater ave in Ahe atoll in the Tuamotus, French Polynesia.

Alexey left a broad scientific heritage that consists of 15 published works (two of them being published posthumously). For his results he obtained prestigious prizes: Moscow Mathematical Society Award (2011), “Dynasty” Foundation Award (2010), and others. His research was mostly in asymptotic theory of global fields and arithmetic varieties. This part of modern mathematics is developed extensively and lies in between analytic number theory, algebraic number theory, and algebraic geometry. Its foundations were established by Michael Tsfasman and Serge Vl˘ adu¸ t. Let us say some words about this domain. Important mathematical objects of study are systems of polynomial equations with integer coefﬁcients or, more generally, arithmetic varieties. Note that one-dimensional case is just the theory of global ﬁelds. To an arithmetic variety one associates a complex-analytic function in one variable, called its zeta function. There are deep relations between analytic properties of the zeta function and properties of the arithmetic variety. Each new result towards this relationship is a true breakthrough. It turns out that, given an inﬁnite family of global ﬁelds or arithmetic varieties, in a wide range of cases the limits of the zeta functions have many remarkable properties, that reﬂect many features of varieties themselves. Here, an important condition on the family is its being asymptotically exact. However, this is not a very restrictive condition, since any inﬁnite family contains an asymptotically exact subfamily. These are the questions studied in the asymptotic theory of global ﬁelds and, more generally, of arithmetic varieties. Another source of interest in these investigations is provided by numerous applications in coding theory and cryptography. Zykin made fundamental contributions in these domains.

All of Zykin’s papers are wonderfully written, with perfect style and crystal clarity. Key issues of the reasonings are explained in minute detail. Many papers contain lists of problems for further research. Besides their high scientiﬁc value, Zykin’s papers can serve as an excellent introduction to the asymptotic theory of global ﬁelds and arithmetic varieties for a wide range of mathematicians.

Keywords
In memoriam
About
Faculty of Mathematics