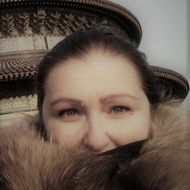 I think the country that has the best way of working

with young people is Russia. Of course,

the French have a long tradition, and they have

mathematics is in a sense more lively than French

mathematics. French mathematics is too immediately

precise. I would say that these are the two

countries where the future of mathematics is the

clearest. But of course Germany has had such a

history of mathematics that they will continue.

And nowadays, the United States have in a sense

become the center of mathematics, because they

have so much money.

Jacques Tits, a recipient of the 2008 Abel Prize

of the Norwegian Academy of Science and Letters.

From interview taken on May 19, 2008, prior to the Abel Prize celebration in Oslo