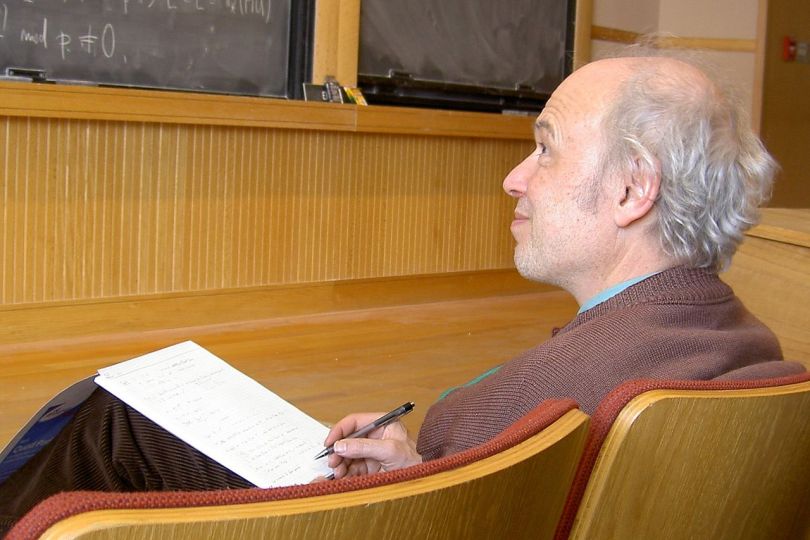 Pierre Deligne, member of the Faculty of Mathematics Expert Council, laureate of Fields Medal and Abel Prize, became foreign member of the Russian Academy of Sciences.
On Campus achievements
November 01, 2016

The Faculty of Mathematics of the Higher School of Economics in Moscow, Russia, invites applications for full-time, tenure-track positions of Assistant Professor in Mathematics. Knowledge of Russian is an asset but not required as teaching may be conducted in English. Although representatives of all areas of Pure Mathematics will be considered, some preference may be given to candidates working in Mathematical Analysis and Probability Theory.
Research&Expertise international faculty Officially
October 17, 2016

The new international laboratory 'Mirror Symmetry and Automorphic Forms' will open at the Faculty of Mathematics of HSE in 2017. The project of Ludmil Katzarkov (Professor of the University of Miami) won the fifth Mega-grants competition of the Government of the Russian Federation. Our faculty is the only one in the country, where in 2017 will run three laboratories in fundamental mathematics, and two of them are in the framework of this global scientific program of the federal support of scientific research.
Research&Expertise
October 11, 2016

HSE’s team has won four gold, one silver and one bronze medal at the International Mathematical Competition for University Students (IMС 2016), the most representative mathematics contest for university students. The team included students from the Faculty of Computer Science and the Faculty of Mathematics.
Education students achievements mathematics
August 02, 2016

Faculty of Mathematics Has Relocated

The Faculty of Mathematics congratulates its students who have been recently admitted to PhD programs:

'I’m Glad I Listened to My Heart'

A career in science and technology might sound appealing to the average Russian, but a recent survey showed that most Russians believe men are better suited for this line of work than women. The young women interviewed for this story, a mathematician and a programmer, are of a different opinion.
Education students
March 04, 2016
1 2 3 4 5 6 7 8 9 10 11